Growing Up with Jazz: Twenty-Four Musicians Talk about Their Lives and Careers 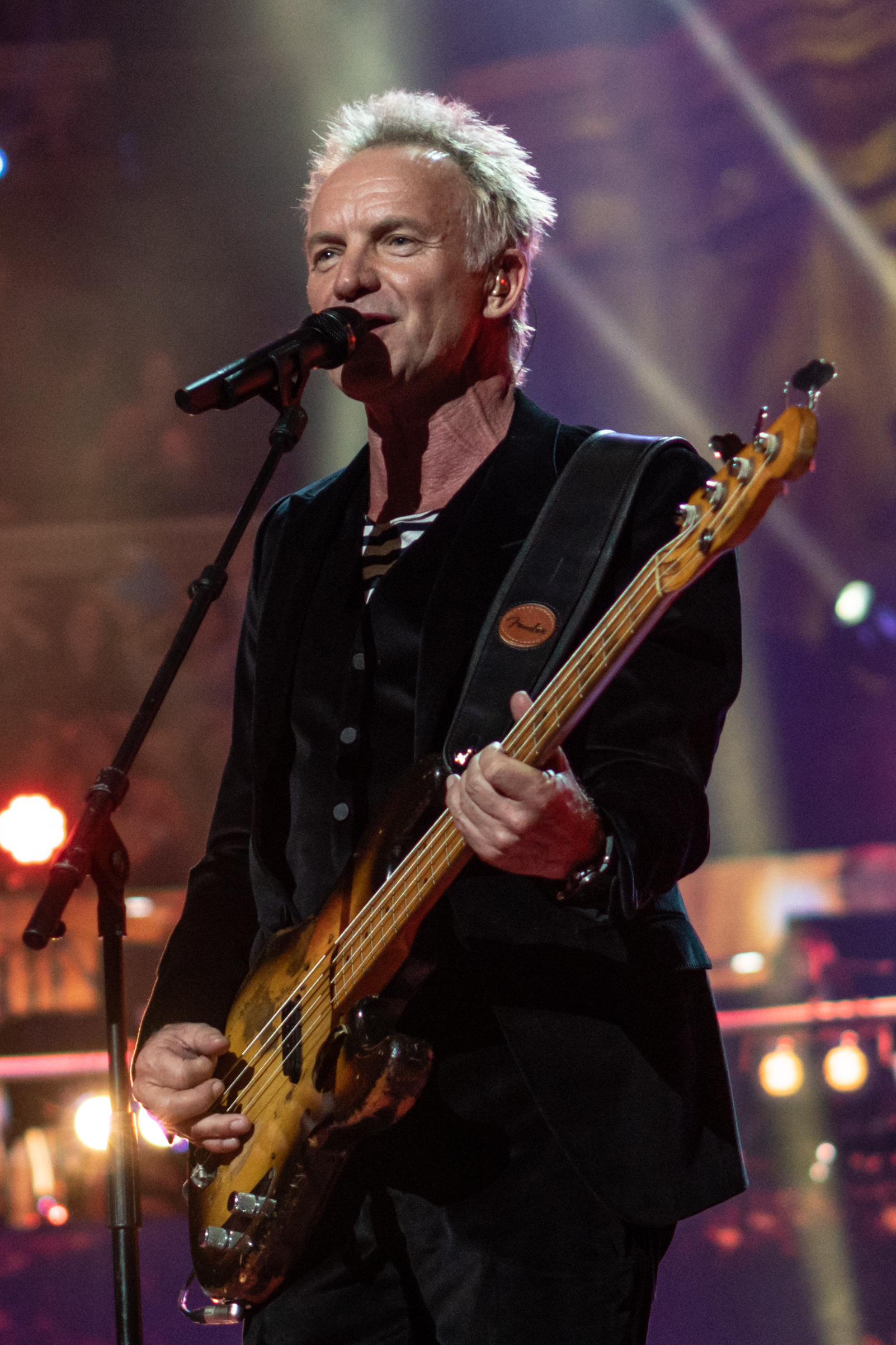 He was taking harmony and theory and he was trying to write like Ellington. I started taking lessons, fifty cents an hour, something like that, from William Miller, who is the one who got the AfroAmerican Musicians Union chartered here in Washington. After I got the saxophone, Reeves bought one, an alto.

But as far as recreation or anything, I took away all that. I was sixteen, and I was complaining about the saxophone that I had because, like I said, it was vintage. So my mother, who was working at night at the Government Printing Office, she made me a present of a new saxophone, a tenor. And then, on the weekend, I was trying to make those school dances and things. I was working at night, taking drafting in my first two periods, and I had a very good teacher, Charlie Baltimore, who used to let me sleep for one period, long as I could get my schoolwork done.

I made first string my first year, and that really had never been heard of before, specially at Armstrong, which was a football powerhouse. Incidentally, Charlie Rouse played there. He was a tackle.

What really threw me off was working at night. And it paid off because the war was winding down and I was displaced with servicemen coming home. I lost my job. By this time Leo Parker was playing with Billy Eckstine and we went backstage at the Howard Theatre and talked to him. I just took the Civil Service exam for junior draftsman and I passed it, just from what I had learned in high school. That was when they said I got displaced. We had a little band—in fact, the same band that you see here in this photograph with Sarah Vaughan.

His father, Walter Barns, Sr. Like I said, my father had passed. Barns taught us, every one of us, about how to carry yourself, how to dress, how to be prompt, because he was our manager. It was paying each one of us forty-seven dollars a week, and all the food was free. And by this time my mother and uncle, they knew I was serious about this, so for the first time that I can remember, my mother and my uncle they came to see us. I was now about eighteen. The Kings of Swing, that was the name of our group. We stayed there about a month.

The Jazz Age: Redefining the Nation,

And from there we went to the Brown Derby, up on Connecticut Avenue. We had been there over a month, six nights a week. I used to go up to the Villa Bea at 19th and California Streets.


It was an after-hours place. All the musicians used to go there. They were coming in late. At that time Local 17 had a business agent that would come by and check on your union card and stuff like that. Barns had had all of us join the union, and he was a member of the same lodge as the president of the union.

Caldwell, who also owned the Crystal Caverns, was a beautiful person. The first artist that we worked with there was Dinah Washington. During that period we opened the show for Errol Garner and we had patterned our style after the way that Errol played. George Shearing came in and Cab Calloway, who had broken his band down to a small group, he came in, and of course Billie Holiday. Tell you a story about when we worked with Billie Holiday at Club Bali.

We were well entrenched there; we had our own dressing room and everything. We looked at each other.

Finally, Billie Holiday comes down the steps and, ma-a-an! She had tore all his clothes off and she had the butcher knife in her hands! And the bun she wore on the side of her head was coming off and she had a little bruise under there. And Lady Day went in there and put that makeup on and fixed that bun and put that gardenia in her hair. I whipped his ass! Through Leo I met Charlie Parker and all of them.

And those guys, man, they took me under their wing. They used to have floor shows there, chorus girls, Helen Penn and the Pennettes, who danced in the chorus at Atlantic City at the Club Harlem. I can remember, Woody Herman came to the Capital Theater. That was when he had Gene Ammons.

She was at the Howard Theatre. And I got to meet the guys in her band. They used to come by and sit in. The whole band was from California. I was home one evening and the telephone rang and that was Dinah on the phone. Are you interested? That was in October. It was made like a station wagon, almost as long as a limousine, had a rack on top where the bass player put his bass.

It was nine of us and the driver. We made one jump from Saginaw, Michigan, to Nashville, Tennessee, over seven hundred miles. When you got to town it would be early in the morning and you were asleep and the guys would pick you up bodily and set you at the lunch counter to make sure that you got a good 19 keepers of the flame meal.

I never believed in saving money at the expense of my body so I would always check into a good hotel. I had the best accommodations you could get, as far as being black during that period. It was so cold and snowy that when I opened my saxophone case it had a sheet of ice on it. That Friday we were in Columbus, Ohio. Okay, we played that, then the snow stopped, and that Saturday we were at the Persian Ballroom in Chicago.

We were on our way to East St. We had to have a police escort to get us out of the place. They were gonna do us in because they had paid the money to see Dinah Washington. Calvin, the bandleader, he called the office in New York, collect. So the guys from California, they had no money and the hotel management had confiscated their instruments and their luggage. The car was going back to New York.

In that group was Bill Hughes on 20 growing up with jazz trombone, Eddie Jones on bass, Reeves Franklin on baritone; Wesley Anderson played trumpet and did all the writing for the band, Bertell Knox was on drums, and Tee Carson was on piano. And of course I played tenor. They always got us to back up singers and horn players that was coming out of New York. They also opened for a combo that Gene Ammons and Sonny Stitt had recently put together. When we worked with Sarah at Club Bali, we were making a hundred and ten dollars a week apiece!

That was a whole lot of money! For a one-night stand I was paying these guys fifteen and twenty dollars, sometimes twenty-five dollars, and I was making approximately a hundred dollars. It was a beautiful dance hall under the Lincoln where all those people, Charlie Parker and all them, came, and they had dances in there every weekend. It was a beautiful place, man. Once you went through that tunnel, they had a cloakroom, and then you came into the dance hall. The reason it had the name Colonnade was because it had a balcony with columns all the way around it except for where the band sat.

I stayed in New York with Luther Henderson. It was so dry there that when you walked the dust would come up from your feet.

Growing Up with Jazz: Twenty-Four Musicians Talk about Their Lives and Careers 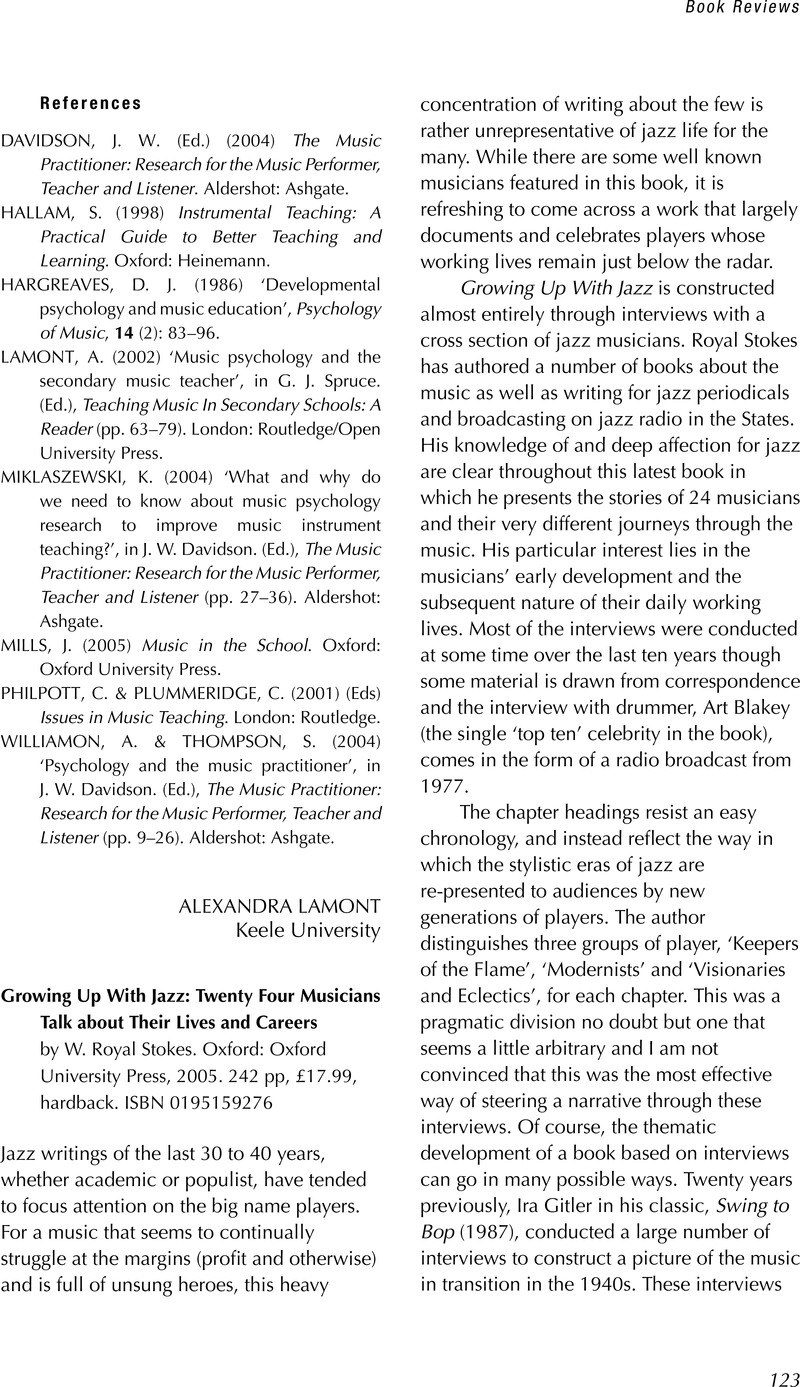 Related Growing Up with Jazz: Twenty-Four Musicians Talk about Their Lives and Careers